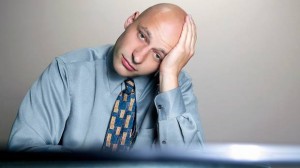 Are you wondering why is fate being harsh on you or if you are not organized enough to escape being an exempt. Let us delve into it a bit before we pass a judgment.

Fair Labor Standards Act (FLSA) has a strict policy when it comes to who should be considered an exempt and makes certain that employees are never docked for the days they worked partially. Let’s keep in mind that, if an employee misses the work and has taken all of his Paid Time Off (PTO), the company has the rights to dock that employee’s pay. It is best advised to plan the time away from work and always try and leave at least a week of emergency PTO so that this doesn’t happen again. It is not fair to solely rely on time card machines and keep forgetting to clock in and out of the system, because they are entitled to make a reduction to the salary if you have not clocked in. So there comes another tip, always clock in and never blame the time keepers for the logs. It is better to find out about the company’s PTO plans before you start working so that there are no bitter feelings if there is a conflict of opinions. Some companies do not treat their management appropriately so it is best to find out whether you are EXEMPT or NON-EXEMPT and file a complaint with FLSA.

Never assume that the difference between exempt and non-exempt is salaried vs. hourly because if that is the description provided to you by your HR, they are either lacking the ability to fully understand the rules or they are people who have been hired randomly and are learning to cope with the complexities of HR on job. You must remember that PTO bank includes personal vacation days and sick days. Official holidays are separate, avoid working for companies which have very shady policies regarding your leaves and put a constant reduction on your pays and follow the rules that are defined by FLSA.

It is a clear division, an employee has to fall in either category exempt or non-exempt, which is not a title in itself but a way to decide whether someone is entitled to an overtime pay or not. FLSA has it sorted out and if in addition to the salary, the exempt employee receives additional pay such as a commission or bonus, such additional pay can be docked, consistent with a written wage deduction authorization agreement. As long as one is aware of the key differences between an exempt and non-exempt employee, it isn’t math anymore and is not hard to figure out which way a person would lean into.

Exempt positions are barred from smallest amount wage, overtime regulations, and other rights and protections enjoyed by nonexempt workers. Employers must pay a salary rather than an hourly wage for a position for it to be exempt. Typically, only executive, supervisory, professional or outside sales positions are exempt positions.

Nonexempt employees, as the term implies, are not exempt from FLSA requirements. Employees who fall in this category must be paid at least the federal minimum wage for each hour worked and given overtime pay of not less than one-and-a-half times their hourly rate for any hours worked beyond 40 each week.

Then there is tax liability, overtime, benefits and worker’s right differences. So it leaves a little to our imagination and is pretty conclusive, non-exempt employees reap loads of benefits under federal law and are more secure and protected than a non-exempt employee. It does come as a sigh of relief that the unemployment benefits are mostly available to both exempt and non-exempt employees according to their own particular state’s department of labor.

If it would come to which is better than the other, it might comfort a few if I could say that each has its own upside and downside. Some might want to be employed in nonexempt status to make sure they get wages for every hour they work. Others might just want the liberty that comes with paid positions. The majority of nonexempt employees are going to be subjected to more rigorous rules concerning things like relaxed time. Exempt employees can usually use up a rational amount of time relaxing without inviting snide remarks from the boss; nonexempt employees’ on the other hand are more closely observed, and given breaks only at pre-defined time frames during the work hours.

It really is a matter of opinion, which way you swing, taking into consideration the kind of lifestyle and your priorities both exempt and non-exempt categories can work in your benefit, if you have the right amount of knowledge towards the HR policies and the labor laws.

One thought on “Woes of an exempt and non-exempt employee”