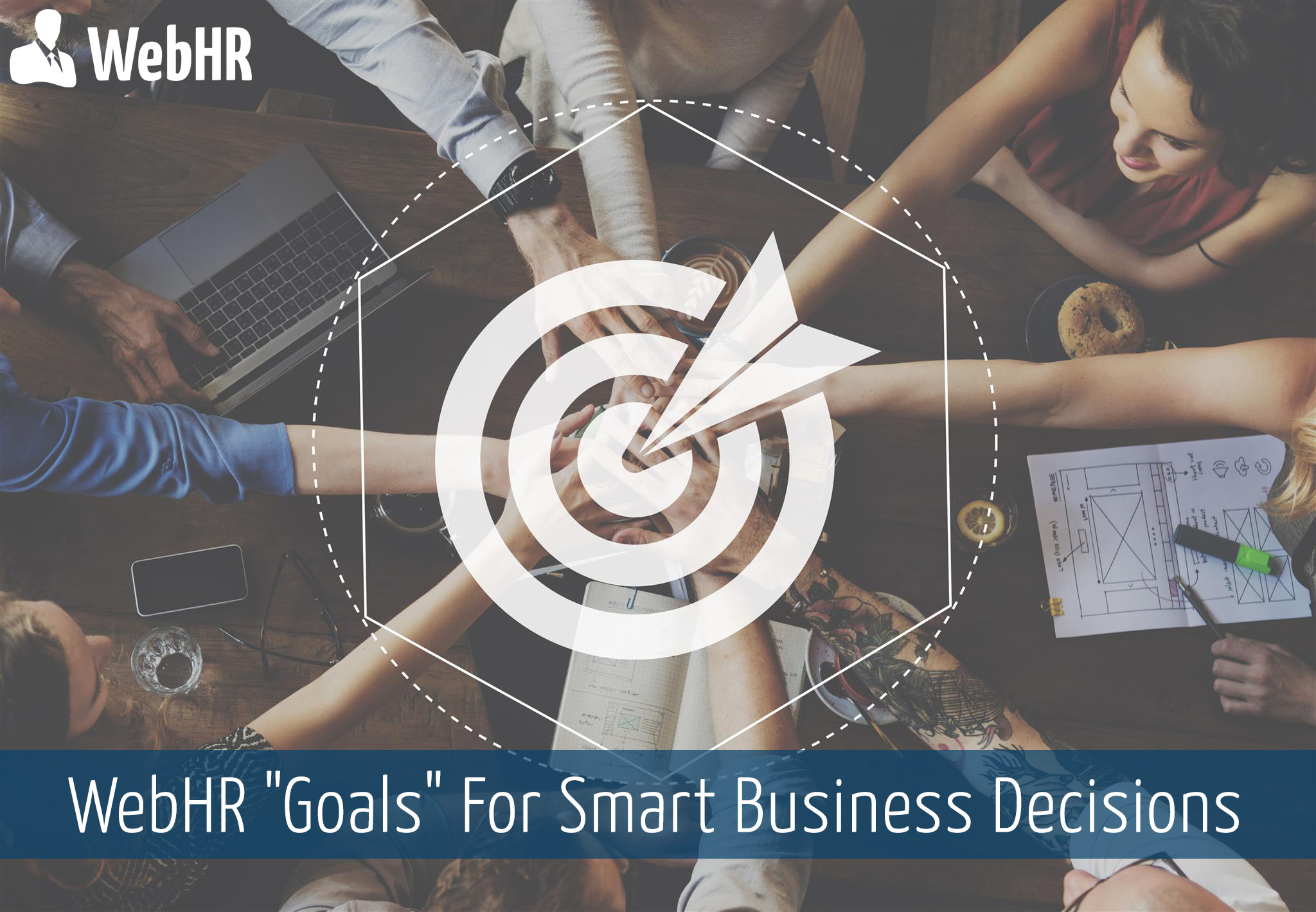 The “SMART” acronym used for smart goals, is actually a method to enable a means and direction towards growth in any company. Goals are designed in a “Specific”, “Measurable”, “Achievable”, “Relevant” and “Time-bound” fashion to bring forth realistic targets that are doable. All goals and sub-goals are set in such a manner that their even distribution amongst different tiers in a company or within the team, end up complimenting one overall SMART goal.

The “Specificity” Of A Goal

Why do the goals need to be specific in nature?

It is always important for the health of the company to stay focused about their specific tasks. The randomness of  decision making for any particular issue, or or pursuing things in all directions can effect, not just the projects in focus but also lead into the failure of performance on a team mate’s parts, painting a gloomy picture on the whole. To assign  goals effectively, they have to be precise and directed towards the right people.

WebHR goals lets you create titles and involve different people, complimenting each other for that particular goal. It creates a beautifully formatted flow of work that shows a transparent picture of phases of maturation of any particular goal over a specified time-line.

“Measurability” Of A Goal

For a goal to be measurable it must be defined by a particular unit. It could be bound by capital expenditure, dollars, amount, units, events, number etc. Putting a number to the picture always brings clarity and help foresee matters of significance. It is essential for better decision making, that one weighs in the weaknesses and strengths of that particular goal and measure them in such a fashion that it puts forth an appreciable result with accurate set of data, for example, bringing on-board a certain number of clients in  a pre-defined time-line.

“Attainability” Of A Goal

Every goal designed should always be realistic and achievable and not just shooting for stars aimlessly. A realistic goal is always achievable and not something from an exaggerated wish list. An attainable goal should stay in the limits, encourage the employees to work towards its success rather than strain and stress that curbs any essential positive development. Like putting forth a billion dollar goal for a million dollar revenue company would not just be unrealistic but would also crumble ego and self-respect of a team, making them look as under-performers.

“Relevance” Of A Goal

A relevant goal should always be according to  the skill sets of the employees involved in the completion of that goal. Assigning goals to employees incapable of achieving them creates an air of mistrust between the employees and the employers. An irrelevant goal is just a “goal” going to waste, Plus expenditure of energies in the wrong direction. A relevant goal is created when it has a specific task  assigned to a person, who is not just capable of performing it but is also able to communicate it further without a lot of prompting and directing.

“Time-line Of A Goal”

Time-critical nature of any goal ensures its completion on time and creates a sense of responsibility amongst the team-mates building up a sense of urgency. The dead line  is imperative for any given task and brings about an attitude of seriousness, that it would otherwise lack. If the goals are not limited by time, there would not be any time-critical measurable data to be compared, with the past progress. This is the most essential part of setting up a goal. Making it time bound would allow the employers to get the most out of it and push the employees to do more. To specifically state a time-line or dead-line for any task, puts considerable significance to it and make it more defined, helping the involved company to manage the events of progression on a calendar with quantifiable results.

WebHR’s Goal helps creating an observable and measurable end result in any business, small or large  by having one or more objectives to be achieved within a more or less fixed time-frame. The success of any “goal” or “target” always contributes to larger outcomes for any business and therefore, the team at WebHR  believes that a well-crafted goal monitoring mechanism can help businesses scale manifold.