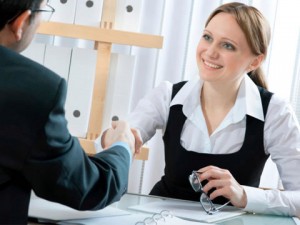 All the hype about Apple and Facebook’s announcement to offer female workers egg freezing as a health plan benefit, there is a lot of noise about the ethics regarding this. It is a not a question of good or bad, it is about the modern day working women and the choices they make. It can be a huge factor in deciding how the world is going to look like in the future, whether it will be a lot of single or married women preferring to be childless or saving it for later. The Human Resource of Corporate giants have already decided for them and have suggested a whole new benefit plan in this regard. The bitter sweet side effects of increasing pressure on women to do well and beyond their scope. The horizons to any limits they might stretch are blurry and it is always a step into more and more if there is a choice. No matter what you believe is right or wrong you can always question the authenticity of the technicality of the procedure.

Let us just consider the pros and cons of the situation. For example a manager in a very prestigious firm decides to work till the end of her pregnancy and since she will be entitled to a paid maternity leave, it is always a loss to the company one way or the other. Even if she trains someone to replace her for that period of time there is always a question that comes to mind, what happens to that person after she is back, would you want her to continue or would you prefer the other manager to replace her since it is convenient. By law the company would have to hire the same person so all that juggling is a bit of a hassle. The last term of the pregnancy at work does decrease the productivity of the woman and there is only a little less than 60% of her efficiency compared to the work load. She might leave earlier because it is just natural for her to get tired too quickly and then might take some odd days off for her regular doctor visits. Then again we cannot doubt the fact that it is her prime time to carry a baby naturally and take care and nurture it while she is young and energetic. That is how it is designed to be for them, the earlier they have the babies the less chances of birth related complications and fetal abnormalities it is. The only problem in this whole scenario is how the HR department manages all this; they have a whole lot of home work assigned just to deal with pregnant women, their insurance, their leaves and then the paid maternity leave, all of which takes a toll on the company’s financials. This might be the reason that the corporate darlings want to have an option, not just for them but for the ladies that might just want to set their priorities straight and have a no-nonsense attitude towards work.

Women can have their own eggs frozen if there’s a medical issue that stops them from using their own but sadly the focus has been shifted to working women and is often used for women who aren’t ready for mother hood. The American Society for Reproductive Medicine has their reservations about it. Mostly women have their eggs frozen because of medical issues, such as cancer treatment, that may affect their fertility. So it isn’t a simple procedure to follow at all and there are always risks of safety and efficacy and emotional turmoil it has over women. It creates more stress than relief, at least that is what most of the surveys say.

After the first IVF birth in 1986 it is reported that an estimated number of 5 million babies are born worldwide outside the norms of normal pregnancy, endorsing the IVF culture. Although vitrification, a new technique regarding this procedure has come up and is more potent when it comes to less damage to the egg and is not totally true freeze method. It is not that tricky when it comes to right age to do it because it is always better to have it when young, probably before you hit 35. The complications are almost similar to having an IVF and fetal abnormalities may not relate to the procedure itself and could have something to do with the person getting it.
The costs of such a procedure can range anywhere from $ 7,000 to $ 20,000, excluding all medication and doctors fees. Why would the companies go into spending such large sums of money just to keep women from having a baby at a healthy age. For some, it is not even a matter of choice – but the corporate world will go to any limits to fuel the economy.

This pressure has left a bitter feeling amongst a few factions of the society that look at it differently and have been actively debating the ethics and degeneration of the world’s perspective about success. The issue is far deeper than it seems and has a lot of room for discussions and solutions that present a win-win situation for all. The idea seems to be a bit sketchy but we can hope that the companies and women both thrive and co-exist without harming and breaching the limits.

One thought on “Ethics of Modern Day Motherhood in HR”