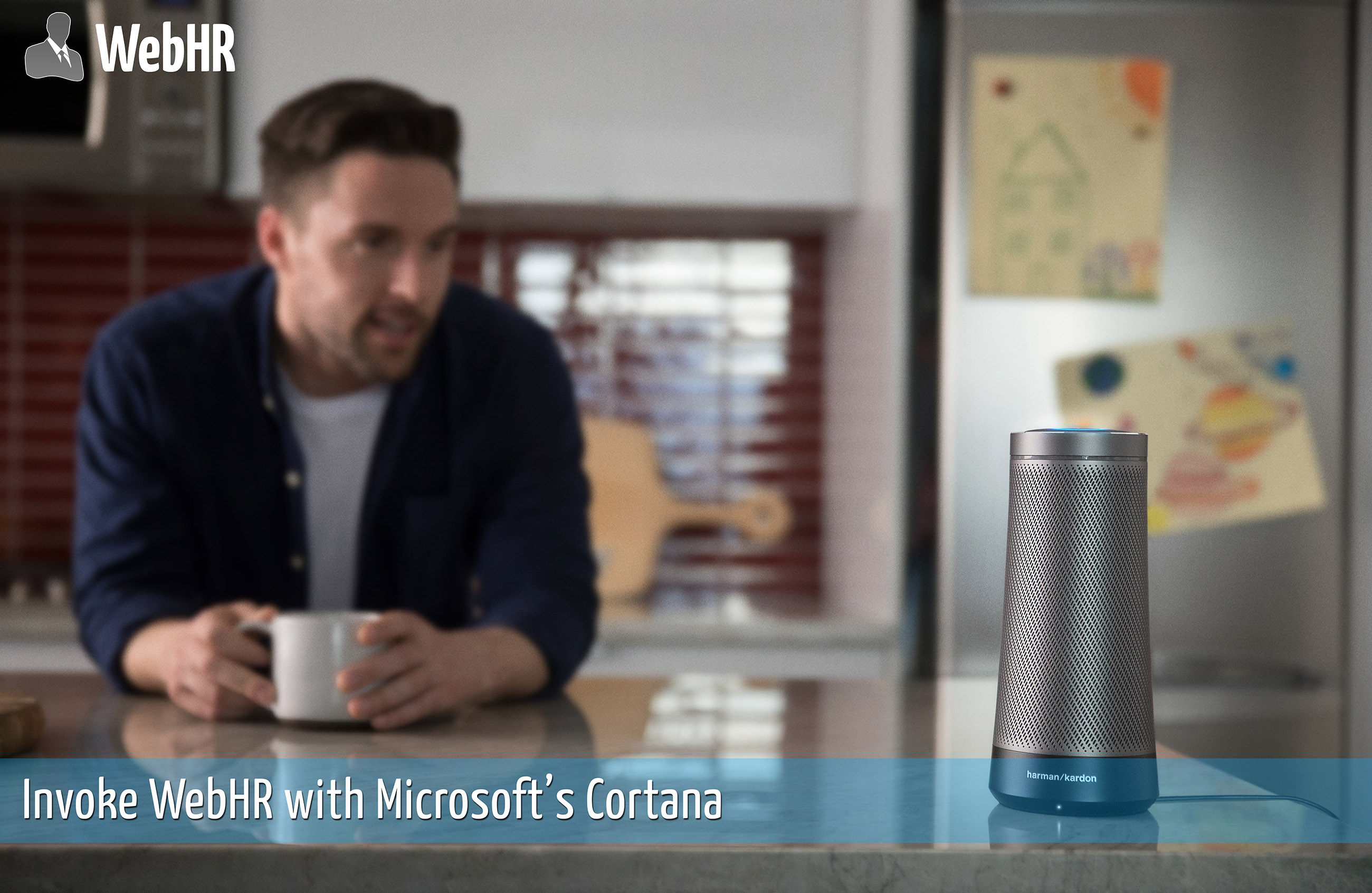 Like the widespread popularity of Amazon’s Echo and its interface with other physical electronics, businesses and apps with its assistant called “Alexa”, this is the year for Microsoft’s “Invoke” to enter into our lives. It has shattered all boundaries and with its highly superior AI ventured into everything we can imagine. With Microsoft’s extensive experience, in the field of AI and mixed reality, there is no doubt that Cortana will take this space to a new heights.

This year has been the most busiest at WebHR, we have announced huge game changing moves in the field of HR and are moving at rocket pace to get them done. For example, we were a proud and the only HR platform on Amazon Alexa’s skill this year and their Echo devices became “the HR managers” for an innovative workplace environment.

Having said that WebHR didn’t stop at that, as the fast pace of innovation is the mainstay themes of everything done at WebHR, Microsoft’s team reached out to WebHR and urged them into integrating with their “Cortana skills kit” just like we did with Amazon. Microsoft informed us of their intentions to launch a physical device empowered by Cortana. This is the glorious year when Microsoft has announced to go beyond mobile and desktop and spread it’s AI wings to their very first device “Invoke”

Invoke looks the same magnificent cylindrical shape as Amazon Echo but has a metallic Harmon Kardon speaker cabinet. Apart from its physical attributes and classy looks, it is determined to bring ease of automation to a large number of varied fields. That is where WebHR comes in, it shares a common goal and mission with Microsoft to bring AI and automation to workplace, to bring more interactive and connected teams, to challenge the past practices, to break the way offices work and to provide a pedestal of advancements improving the work culture. It shows the capability of WebHR and Cortana to get things moving faster not for just large and innovative corporations but also for small and medium enterprises.

Invoke goes beyond being an assistant, it collaborates with WebHR’s advanced integration platform and empowers the future trends of workplace. WebHR had the privilege to be at the Microsoft’s build conference 2017, which was larger than life in every possible way. WebHR was invited to be a part of their launch for their “Cortana powered device called Invoke” as their launch partners and was proud to be displayed as the very first and probably the only business app on their skill sets. This mighty beauty called Invoke can make your offices look like something from the future or more so like the movie “HER” where, you would be able to communicate with the devices and do most of the HR data analysis, this would be your Go-To manager by default. 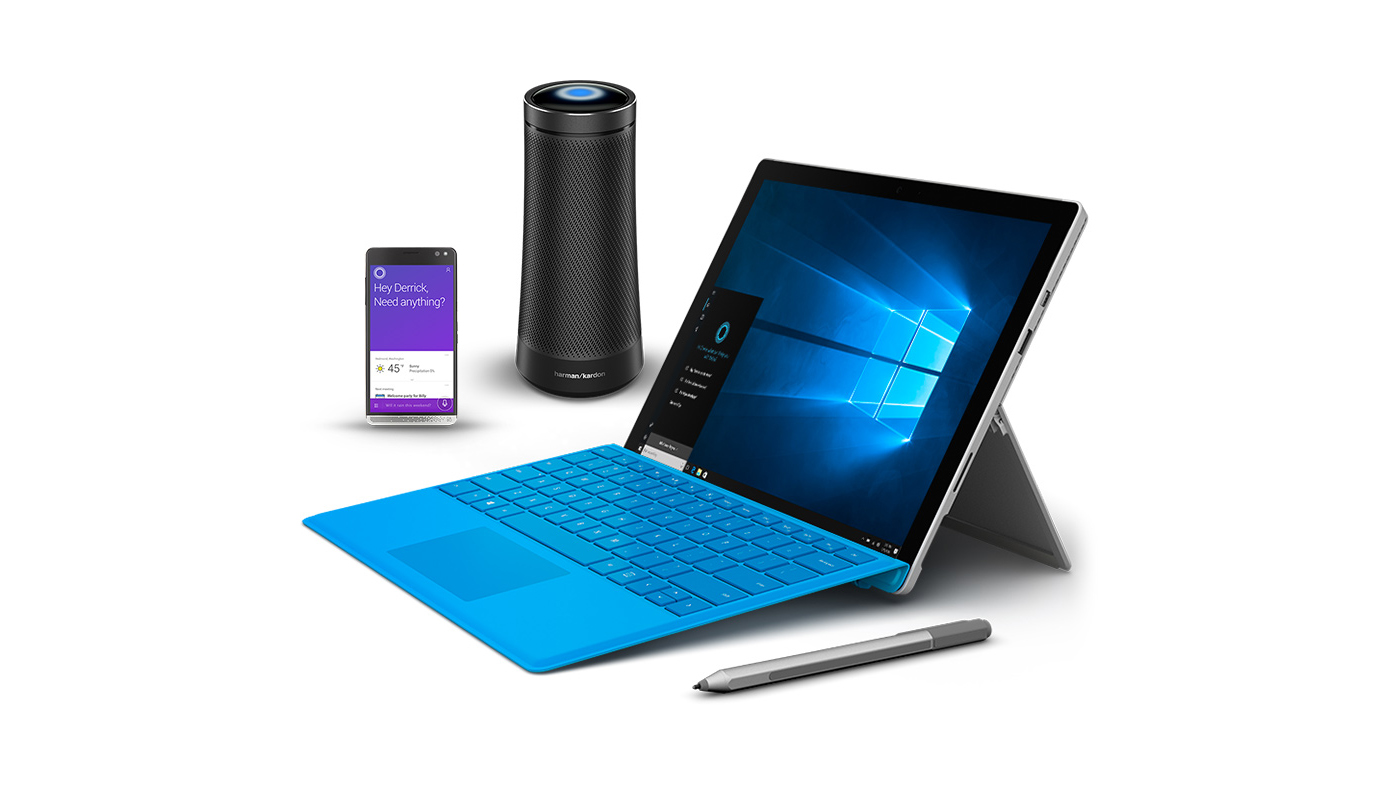 As easy as it looks and feels like a seamless process, WebHR had to go over a multi-layered complex mechanism to attain this capability. ” It is a developer’s delight to work with Microsoft’s team” – something I hear my team saying constantly. They were always praising Microsoft’s prompt responses and unfaltering support at all times. The Cortana skills kit before going live was available to our developers in its infancy and it was an honor to have worked with them so early on for WebHR’s integration with “Invoke”. WebHR already had a background with Alexa, so it made the process faster if not easier. Teaching Cortana to do what needs to be automated in HR is imperative, as it will make things not just simpler for a lot of large organizations and companies out there but it would help them analyze critical data quickly without any delays or wait time for the team to come up with reports and analysis.

Being at Microsoft Build 2017 was a learning experience and we took home a lot with us, most notably the way they plan “world domination”